Look therefore whether the light that is in thee be not darkness.  Luke 11:35 ASV

2 Corinthians 11:13-15 ASV
(13)  For such men are false apostles, deceitful workers, fashioning themselves into apostles of Christ.
(14)  And no marvel; for even Satan fashioneth himself into an angel of light.
(15)  It is no great thing therefore if his ministers also fashion themselves as ministers of righteousness, whose end shall be according to their works.

Jesus only speaks in parables (Matthew 13). In the parable of 'The rich man and Lazarus', Jesus teaches what to do to avoid eternal death. He teaches that none of us may await some divine intervention to teach us how to behave amidst confusion in standards of living of different societies on earth. To live according to God to be saved, every man has to still follow Moses and the Prophets (Luke 16:29-31). Luke 16:17 implies that Moses and the Prophets are the unchangeable standards for behaving according to the will of God. Many believers reject Moses and the Prophets erroneously claiming that they are not Jews or not under the law or because they are old standards. Nevertheless, the parable makes Moses and the Prophets the reliable sources for acceptable behavior in the eyes of God. We read that Jesus had made us one race with the Jews. That means that we must TOTALLY follow the standards of living in Moses WITHOUT, as spoken of in Colossians 2:16, the sabbaths (not the 7th day sabbath which is the personal day of Jesus), the new moon, the ceremonial food and drink offerings (not the forbidden flesh animal). Those ceremonial requirements were a symbolism, according to Paul.
Again, Colossians 2:16-17 refers to ceremonial or ritual activities that were mandated in the law as a symbolism for the redemption work of Jesus. Colossians 2:16 does not do away with any forbiddance in eating in Moses. Paul who discoursed on eating never ate unclean food and is neither advocating for anyone to do so. When in doubt, use Matthew 5:17-18 and Luke 16:17 as a guidance to remember that nothing in Moses may be changed. What was forbidden in the desert will still be forbidden forever.

Also, the judgments for certain behaviors in Moses are obviously not to be enforced anywhere in the world ("Go and sin no more'). They were intended to be enforced in Israel only. Jesus never commissioned anyone in the Old Testament to go outside of Israel to compel the pagan nations to comply with Moses and the Prophets. Yet, anyone of the pagan nations was welcomed in joining the Israelites to subject themselves to the will of God (Numbers 15:15-16).

Deuteronomy 29:9 LITV
Then pay attention to the Words of this covenant, and do them, that you may act wisely in all that you do.
Joshua 1:7-8 LITV
(7) Only be strong and very brave, so that you may  take heed to do according to all the Law in which Moses My servant commanded you. Do not turn from it to the right or to the left,  that you may act wisely wherever you go. (8) This book of the Law shall not depart out of your mouth, and you shall meditate on it by day and by night, so that you shall be on guard to do according to all that is written in it. For then you shall prosper your way, and  then you shall act wisely.
March 28, 2021.

THEREFORE, WISDOM is TO FOLLOW MOSES AND THE PROPHETS FOREVER! Luke 16:19-31 LEARN MORE

(16) Up to the time of Yochanan there were the Torah and the Prophets. Since then the Good News of the Kingdom of God has been proclaimed, and everyone is pushing to get in.  (17)  But it is easier for heaven and earth to pass away than for one stroke of a letter in the Torah to become void.

"Do not think that I came to abolish the Law or the Prophets. I did not come to abolish, but to fulfill. (18) For assuredly I say to you, until heaven and earth may pass away, one iota or one tittle shall by no means pass away from the law until all things are fulfilled.

(24) Then he cried and said, 'Father Abraham, have mercy on me, and send Lazarus so that he may dip the tip of his finger in water and cool my tongue; for I am suffering in this flame.' (27) "He answered, 'Then, father, I beg you to send him to my father's house,  (28)  where I have five brothers, to warn them; so that they may be spared having to come to this place of torment too.'  (29)  But Avraham said, 'They have Moshe and the Prophets; they should listen to them.'  (30)  However, he said, 'No, father Avraham, they need more. If someone from the dead goes to them, they'll repent!'  (31)  But he replied, 'If they won't listen to Moshe and the Prophets, they won't be convinced even if someone rises from the dead!' " 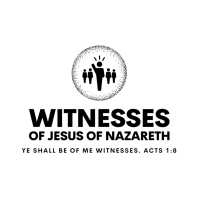 © Copyright 2020 - Witnesses of Jesus of Nazareth (WOJON) Corporation.
Without permission, the Theology of this site (witnessing of Jesus as YHWH God to be saved per Acts 1:8, Romans 10:9-11) may be translated, copied, redistributed, reproduced, taught, preached, as long as any of the aforementioned is faithful to the English version of this site and to its message.